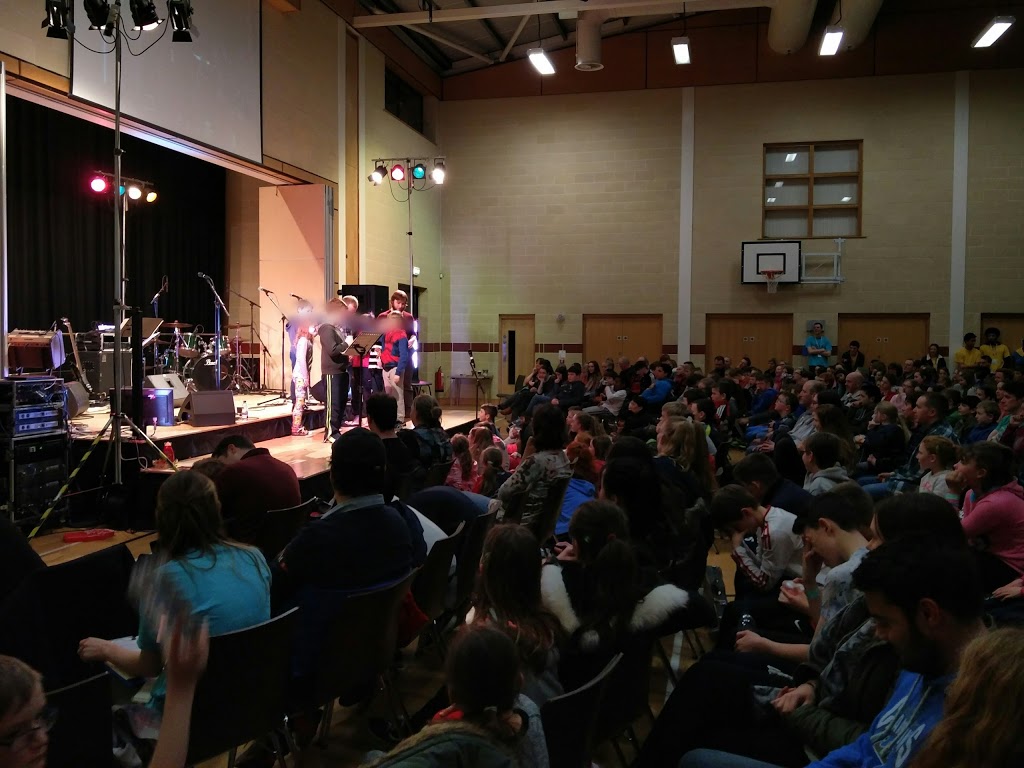 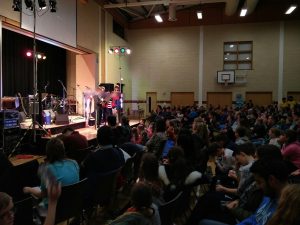 Last Friday night, as I lay down in a sleeping bag and on an airbed in a church hall, knowing I’d have to get up several times to quieten the boys in the next room, I found my heart and head simply filled with praise to God for the privilege of being there.

[‘There’ was the annual Irish Methodist weekend for kids aged 9-13 called Soul Mates, and we brought a group from Ballynahinch and Newcastle plus some friends]

I was so thankful that my son and his friends were on the weekend, thankful for the energy of young people, and the creativity of the young adults running the event.

I was so proud of our group, for their behaviour and openness. They won a quiz and stood on the platform in front of a few hundred other kids and leaders, laying hands on the speaker and praying for him. They are willing to explore faith in Jesus through participation, asking questions, and forming new friendships.

Kathryn and I have been involved in these national youth and children’s gatherings for over twenty years. Methodist young people and their friends are seeking God earnestly, they want to meet with God in a real and honest way. At Soul Mates so many kids wanted to be prayed with after one session that extra people had to be called in to help.

There is a vulnerability, passion and joy that we encourage in youth and children’s ministry, but which seems to be actively discouraged once they ‘graduate’ to grown-up church worship. By the time they’re 25, all that passion seems to have been quietly discarded. Those who refuse to give up on David’s quest (‘O God, you are my God; I earnestly search for you. My soul thirsts for you; my whole body longs for you…’) tend to drift to other churches – or nowhere, because they miss the intergenerational family they grew up with.

My nine-year-old is already asking why we _have_ to go to church on a Sunday morning. Because while we say we’re a family, we don’t act like it. We don’t quickly forgive one another when we’re offended. We don’t eat together. We rarely pray together in a mix of generations. We aren’t willing to be inconvenienced by one another’s questions or tastes. We welcome new folks to our meetings but not our kitchen table. Church seems designed to squish life rather than nurture it.

Can we be an extended family on mission, sharing life together, for God’s glory?

I know I’m the minister. I have the responsibility and final authority to make changes. Most of the things I’ve identified in this post are things I have influence over. I don’t intend to offend anyone. Can we just agree that knowing Jesus, and making him known, to every generation and people, is the main thing? Something that’s worth making some sacrifices over?