It appears I have been neglecting t’blog, which just won’t do. I haven’t stopped pondering, so why the slowdown in posting I hear you ask? Probably in the main it’s due to Twitter – why bother you with a blog post of a few sentences when 140 characters will do the job? So if you’re not already on the Twitter bandwagon you at least will know where some of my thoughts are going (you can see them on the right of this page if you’re on the Random Moos website). If you happen to receive my posts through some sort of RSS reader you can also receive my Tweets that way: Ministermoo Feed.

Rather than promise a full recounting of tales of the Summer, and then never delivering (a la the Princess – sorry, that’s not fair, she did tell us about Singapore eventually), here are a few notes on stuff I was thinking about…

The fifth/sixth/whatever of September came round again, which meant it was another year since Andrew, Joanne, Nicky and myself stumbled into Team On Mission #6 – a year of mission, banter, comfort-zone stretching and fun. I can honestly say it was the most important year of my life, setting attitudes, disciplines, friendships and aspirations in motion. It is not always this way: after all, throwing four eighteen-year-olds with diverse backgrounds and personalities into the one house with a common goal is not an easy thing to pull off, but I think in the main it worked for us. I owe my understanding of the Methodist Church in Ireland largely to that year, especially the fact that even where a small church is struggling to survive there are faith-full people longing to see God bring restoration.

The ‘travelling team’ as it is now known has a difficult task to accomplish, a sort of ‘hit and run’ evangelism where even three months in one place allows for only the beginning of friendship, and many relationships cannot be sustained. Yet I wonder if it’s more in line with the original idea of itinerancy, bringing one message to many people and places, adding something to the relationships and formation of faith of that community and then moving on. It concerns me that we will be in Dundrum, Newcastle and Downpatrick long enough to build warm relationships but too short to see transformation. 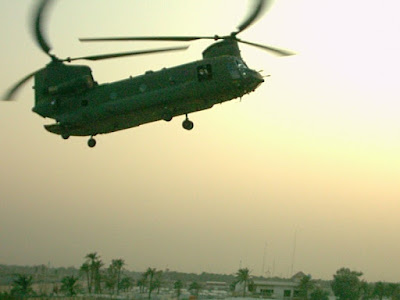 We were very glad to see a friend back from a six-month stint in Afghanistan with the Army, safe and well. It’s also been good recently to hear of the experiences again of Chaplains in the Armed Forces. However, it has unsettled me somewhat to compare the media coverage of the deaths of our brave men and women in Iraq and Afghanistan with those of the non-combatant citizens of those countries. Our forces are doing a good job in quelling insurgency and attempting to bring some form of peace and order, yet hardly a day goes by without another ‘Omagh’. I shudder to think of the damage that is being done to those communities every week, considering the damage done in ours over decades.

That’ll do for now!